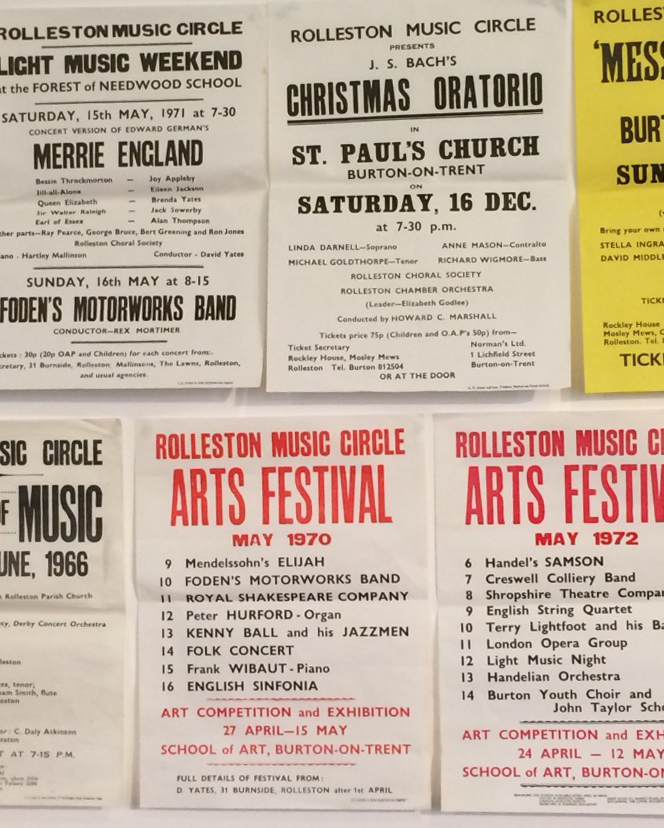 Whether they come along for social reasons, to improve their voice or for the love of singing, we are asking one member every month why they sing, to learn a little bit more about their journey and hopefully to inspire and encourage other singers. We are proud to have such a wonderful range of singers at Rolleston Choral Society. If you'd like to get involved, why not visit our join us and concerts pages? 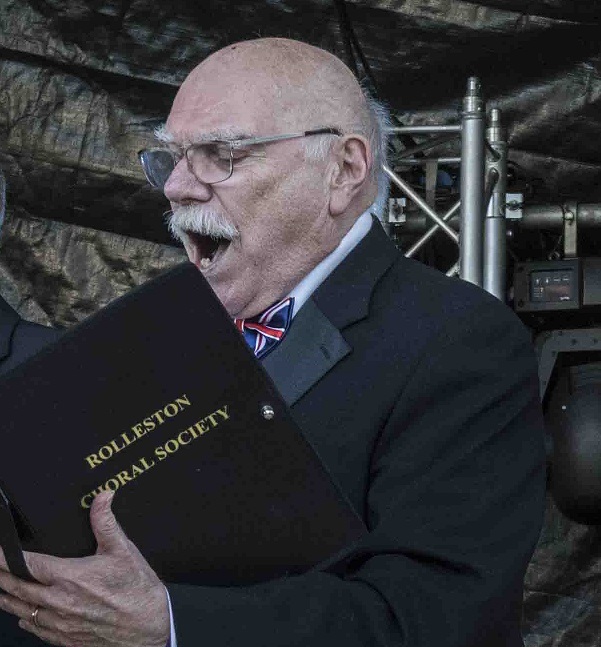 Very sadly James died before I added his "Why I sing" contribution. I thought however, you would still like to read about his musical journey.

My introduction to choral singing came when I was just eleven. I had passed my 11+, and it was my first week at Technical High School (oooh). It was during the first music lesson, that Mr. Rowley asked us all to recommend a favourite song from the book in front of us, that we could all sing together. I chose "Annie Laurie", mainly because it was my mother's favourite. She was always humming it. Unfortunately, I was the only one who knew it, and I was asked by Mr. Rowley if I wouldn’t mind standing up, and for the benefit of the rest of the class, sing it. You should understand that everyone in the room were total strangers to me, and I was shaking in my shoes. It was my first ever solo, and it must have been good enough, because soon after I was asked to join the school choir.

I was 19 when the Warden of the youth club I used to go to, decided to celebrate the opening of a new extension, by organising a concert in the extension. It would be open to friends and family, but Mr. Clark's idea was that only club members would take part, and so he called for volunteers. I put my hand up.

I planned to sing "Stormy Weather", and so I produced a 6 foot high map of the UK, and stuck panel pins all over. When I went on stage, I had a handful of cut-outs of dark stormy clouds, and during the piano introduction, I placed these on the pins. I suppose this was my second solo, but having had lots of rehearsal, this time I had no nerves.

The only non-members taking part were three of Mr. Clarks' colleagues from school, who played guitar and banjo, and sang American folk songs. Well, I must have done well enough, because later Peter and his wife Emma asked me if I would like to join them. The third member, also a teaching colleague did not want to continue. So, the three of us started singing English folk songs, with a few Scottish and Irish. We called ourselves The Medway Folk Trio. Several months later, in a pub called "The Crown", we opened the Rochester Folk Club, which ran for the next nine years. We had guests every week, and I met and sang with performers such as Ewan McColl, Peggy Seeger, Robin Hall and Jimmy McGregor, Martin Carthy, Shirley Collins and Julie Felix.

Some years after the club closed, a friend said they were asking for men to sing in a small choir she was with, and would I care to come along. There was about fifteen of us, and we sang everything in unison. We would visit sheltered accommodations around North Kent, entertain for an hour or so, and accept any donation which was offered.  These monies were then kept aside until the end of the year, when they were given to a charity which we would have decided upon at the start of the year.

I sang with them for the next 28 years, until moving to Burton in 2004. Within a few months I was with RCS, and just three or four years later, also with Beatus.

...and thats how it happened. 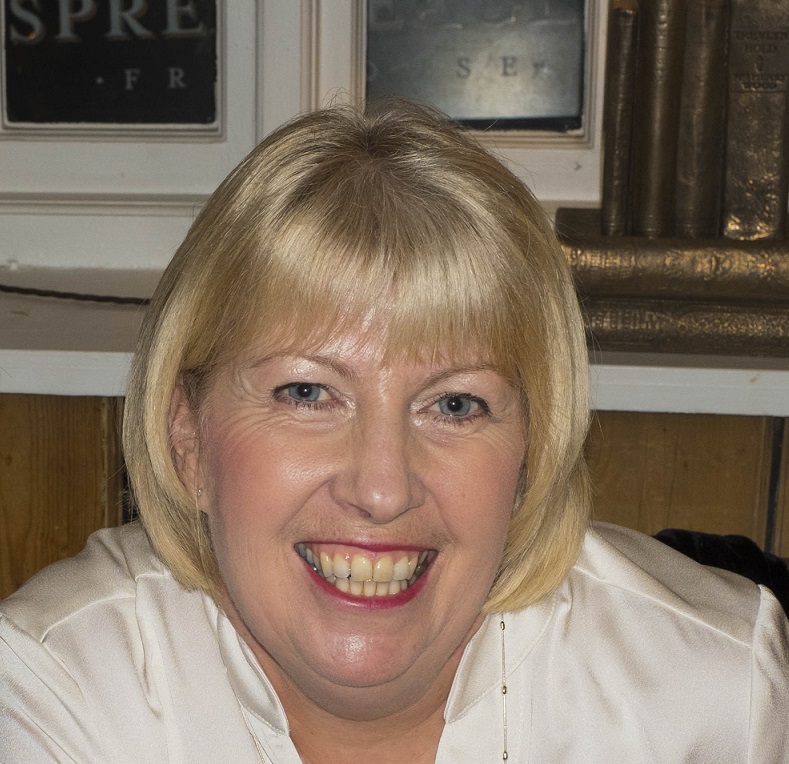 I joined Rolleston Choral Society after seeing the advert in the Burton Mail asking for Sopranos. I think it was in about 2010. What made the difference and galvanised me into action was, that there was no audition as I am a bit nervous about singing on my own but I thought it was an opportunity not to be missed and I have never regretted it since.

I can read music as I use to play the Trumpet in the Staffordshire County Youth Orchestra but as you can tell that was a few years ago but I did retained that knowledge, which is surprising because if Simon asks us to sing without the music I can’t remember the first word!!

My first concert was with Julian conducting as Simon was taking a sabbatical and we sang at Abbot Beyne school. I do remember having a glass of wine at the interval which I will never do again as during the second half of the programme the men were just singing on their own but ably assisted by myself, until I had a sharp dig in the ribs by the person by the side of me and of course my Daughter just happened to be videoing at the time!!!

I have shared a lot of happy times with choir and made a lot of new and precious friends.  I have loved singing the Armed Man, The Big Sunrise and of course Zimbe. It is just so fantastic to sing together and such an uplifting experience which creates many happy memories.

Apart from choir I have a gorgeous Granddaughter who keeps us busy, I play Crown Green bowls in the summer and love knitting and painting.

Being Chairperson is hard work and I feel very responsible for all of you in our choir but it is very enjoyable when a plan comes together and I hope and pray that all of us stay safe at this time. 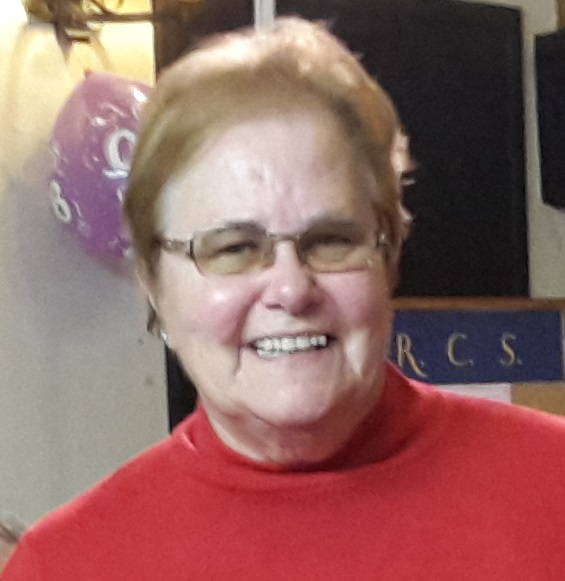 My earliest memories are singing to a field of daffodils in the field behind the house where I lived with my parents and brother. Someone must have heard me and suggested I join the church choir because I became a member of the Sunday School. Although only a small mission hut, there was an active social life and plays and concerts and church services were an important part of worship. Church anniversaries were always very well supported and I was often asked to sing solos or join with groups of singers.

School also played an important part of my musical journey with Singing Together being my favourite subject. I can still remember the words and tunes to many of the folksongs we learned. I was often asked to sing a solo part, probably because I sang louder and more enthusiastically than the other children.

In my teenage years I continued my musical journey and joined a youth group, again concerts and musical events were important.  I was invited to join the Derbyshire Youth Choir. This was a wonderful musical experience, with many very enjoyable musical weekends and Summer Schools spent in Buxton with like-minded young people. Oh, happy days!

I left the midlands in the early sixties and went to Training College in Devon. My musical journey continued and I joined the St Luke’s College Choir in Exeter. We performed a number of Choral works. My main recollection of my time in Devon was forming a madrigal group and singing a solo in a church service to welcome the Arch Bishop Of Canterbury. More happy days!

I returned to Derby in about 1963 when I married Ken and had two children. When the children were at school, I decided to continue my musical journey and began to have singing lessons with Connie Williams who was an inspirational teacher encouraging me to perform regularly at Derby Music Club. She also encouraged me to enter several music festivals, many successfully. I was asked also to sing a solo for the Arch Bishop of Canterbury when he came to Derby Cathedral.

About this time, I joined the Derbyshire Light Opera Company and continued to be an active and committed member until the Society ended after several years. Happy times along my musical journey. One memorable story.  I always wanted to have a lead role and was thrilled to be given the role of the Duchess in one operetta. The duchess appeared for a short time at the beginning of Act 1 and then, went on holiday, until the end of Act three. I spent the majority of the show in the bar or the dressing room, I decided it was more fun being in the back row of the chorus!

My final musical journey was joining Rolleston Choral Society. Where I still am. I have enjoyed many wonderful musical experiences, made good friends whose support I have valued over the years and long may it continue.

I do owe my musical journey to those daffodils.

I suppose I just can't help it 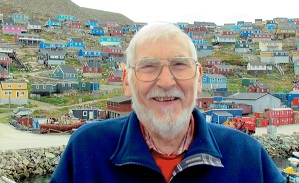 I suppose it all started for me when I joined St. Mary's Choir, Rolleston in 1943! I sang there until I moved away in 1957. My Father (a strong Tenor) always said that if you have problems, things on your mind, go and have a good sing. For me it works as the concentration required puts everything else out of mind. Fourteen years in Breadsall choir, Derby ensued before I was tempted back with an RCS performance of 'Elijah'. Why do I Sing? - still enjoying it and, I suppose, just can't help it!! 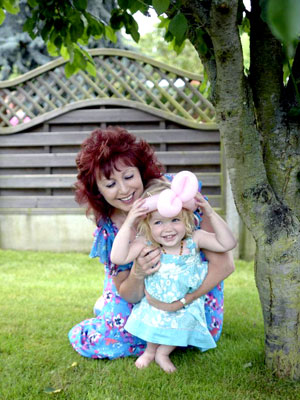 I have loved music from a very early age and have grown up being a chorister with choirs, an operatic society and dramatic society. However, my fascination with music had its origins elsewhere.

As a child, I suffered the severe effects of pneumonia and spent a lot of my childhood having breathing difficulties. It was my junior schoolteacher who invited me to join a church choir and doctors considered this would help control my breathing. I was only nine at the time and couldn’t believe the beautiful sound of the choir. “Every cloud has a silver lining” as they say, and from my cloud I have been fortunate to have met some wonderful people, to have sung in some beautiful places and to have been part of an amazing Church - and I wouldn’t have missed any of it. 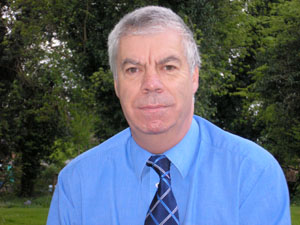 For me, singing is a highly effective antidote to the stresses of everyday life. For a couple of hours each week, I'm training my mind on something completely different: not only trying to read the notes, but also listening to the rest of the choir and (not least!) watching the conductor. It's a great team activity. I've been singing in choirs since I was at university in the late 1960s and never tire of it. I love the challenge of tackling new material from time to time. And I think it helps keep my voice young – if nothing else! 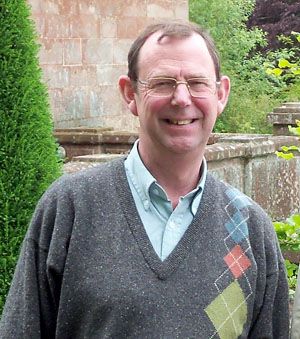 One day, during a music lesson at school, we were singing parts from the Mikado when our music master, Geoffrey Tristram, walked along the rows of boys singling out a few of us. He finally announced that he wanted us to sing as choirboys in Christchurch Priory where he was organist and choirmaster. I very much enjoyed my time there, especially the weddings when we earned half-a-crown a time.

My voice suddenly broke when I had my tonsils out, aged just 13, and that was the end of my singing for nearly twenty years.  Upon moving to Rolleston back in 1986 I was persuaded to join Rolleston Choral Society. By this time my musical talents had diminished to near zero but I was encouraged by Eric Levitt, an excellent baritone, and slowly I managed to copy his sounds a few milliseconds later. Singing lessons with Coral Gould some years ago certainly helped. I have gained many friends through membership of Rolleston Choral Society. The social side is very strong and many members, including me, after choir practice on a Wednesday evening can usually be found in one of the local hostelries. I encourage anyone who enjoys singing to join us.