We are a friendly SATB choir that tackles a wide range of music, from classical to modern. We aim to give two or three concerts each year, plus a Christmas concert of music and readings. We are based in the village of Rolleston-on-Dove near Burton-upon-Trent, and draw our members – numbering around 50 at present -  from a wide area of East Staffordshire and South Derbyshire.

There is no formal audition. We rehearse each week during school term times, on Wednesday evenings. Visit our join us page if you would like to know more about how to get involved. 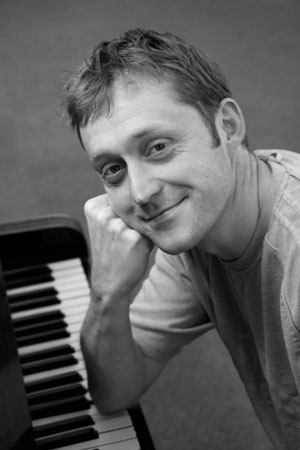 Simon Lesley is a published composer-arranger and accomplished conductor and performer, with long-standing connections with Birmingham Conservatoire. As a boy he received a Dean’s Chorister award from Chichester Cathedral, which started his relationship with choral music. Contrastingly, in 1997 he won the British Trombone Society Composition Competition, and has improvised his way through the London and Cheltenham jazz festivals. In 2009 he won the Conservatoire’s John Mayer prize for multicultural composition. He has completed a PhD in contemporary composition for bass guitar, and teaches commercial music in central Birmingham. His arrangement for the Swingle Singers of The Beatles’ Drive My Car has been performed at least 200 times worldwide.

He has worked with Siân Edwards, Edwin Roxburgh, Peter Wiegold, the Swingle Singers and championship brass band, The Staffordshire Band. His works are published by Universal Edition, Chester Music, Warwick Music, Kirklees Music, Kevin Mayhew, Studio Music and Faber Music and have been performed at the Barbican, Millennium Dome, Symphony Hall and around the world. He has been conductor of Rolleston Choral Society since 2007. 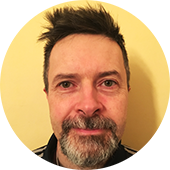 Our previous accompanist, The Reverend Stanley Monkhouse, retired at the end of 2019 and Richard was appointed just before lockdown in March 2020. We look forward to working with him when we can!

Until 2015 we rehearsed at the Methodist Chapel in Rolleston. From April 2015 we started reheasing in the upstairs meeting room at The Spread Eagle pub in Rolleston.